cakeface is the brainchild of New York City-based writer, director, choreographer and performing artist, Amanda Szeglowski. Honored with “Outstanding Production” by the Bessies New York Dance & Performance Awards (2020) for her most recent work, this is now, and now, and now., Amanda was one of six artists selected for the inaugural Baryshnikov Arts Center Open Residency (2022). She is a recipient of the Virginia B. Toulmin Foundation's Women Playwrights Commissioning program, and was a HERE Resident Artist (2014-17). Amanda launched cakeface, her all-womxn company, in 2008. Culturebot described the company as “a group of fierce, funny, talented women," and later offered, “Think Monica Bill Barnes for the Amy Schumer Generation.” cakeface projects thread together intricate choreography and original, abstract scripts, contemplating the uncomfortable through the use of grim themes and an inherently wry female wit. “Szeglowski’s cast members, for their part, are nothing but talented, and are capable of getting into the minds of their audience with bitterly truthful life stories. Even better, they make you laugh along the way.” – The Village Voice
‍
cakeface has been presented by HERE, Ars Nova, JACK, En Garde Arts, Dance Place (DC), Stony Brook University, and many others. With her company, Amanda has taught master classes at the University of Maryland, University of Tampa, Hillsborough Community College, and Blake School for the Arts, and lectured at the University of South Florida.  Recent awards of note include two National Performance Network (NPN) grants, a Brooklyn Arts Council grant, and a Marble House Project Residency. Amanda's iconic production, Stairway to Stardom, was deemed “vastly entertaining and ridiculously clever” (This Week in NY) and received 4 stars and a critics’ pick by Time Out New York.
‍
photo by Tom Kramer 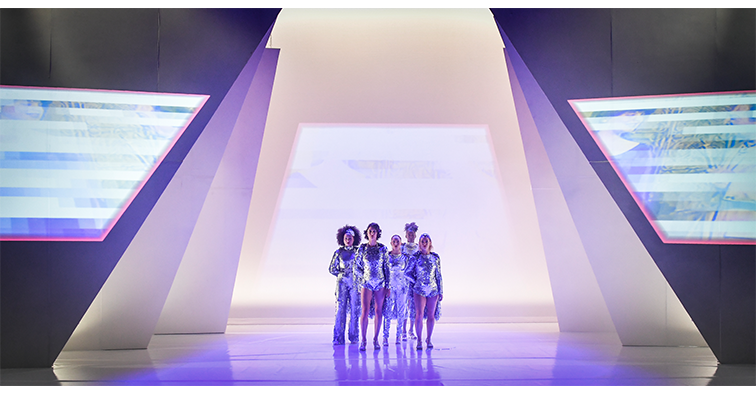