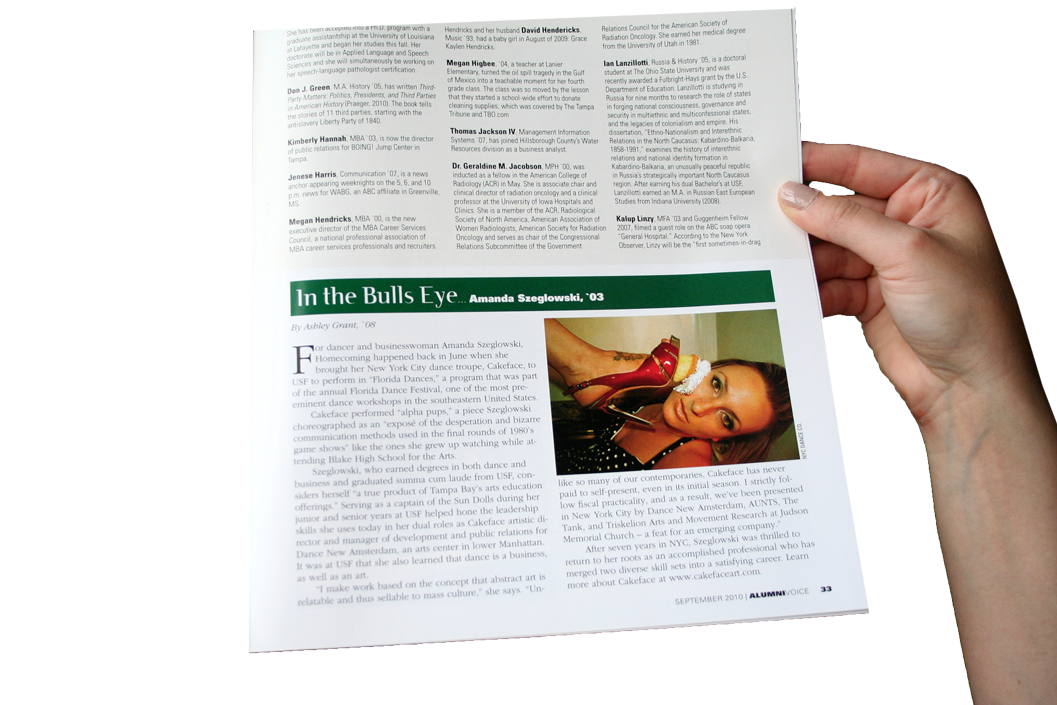 In the Bulls Eye...Amanda Szeglowski, '03

For dancer and businesswoman Amanda Szeglowski, Homecoming happened back in June when she brought her New York City dance troupe, Cakeface, to USF to perform in "Florida Dances," a program that was part of the annual Florida Dance Festival, one of the most preeminent dance workshops in the southeastern United States.

Cakeface performed "alpha pups," a piece Szeglowski choreographed as an "expose of the desperation and bizarre communication methods used in the final rounds of 1980's game shows" like the ones she grew up watching while attending Blake High School for the Arts.

"I make work based on the concept that abstract art is relatable and thus sellable to mass culture," she says. "Unlike so many of our contemporaries, Cakeface has never paid to self-present, even in its initial season. I strictly follow fiscal practicality, and as a result, we've been presented in New York City by Dance New Amsterdam, AUNTS, The Tank, and Triskelion Arts and Movement Research at Judson Memorial Church - a feat for an emerging company,"

After seven years in NYC, Szeglowski was thrilled to return to her roots as an accomplished professional who has merged two diverse skill sets into a satisfying career. Learn more about Cakeface at www.cakefaceart.com.